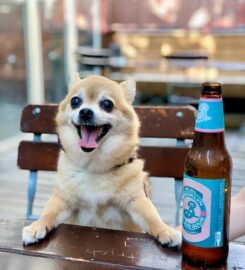 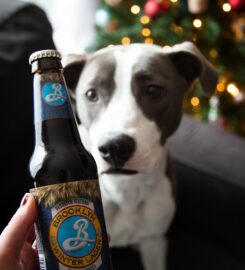 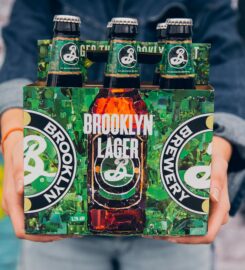 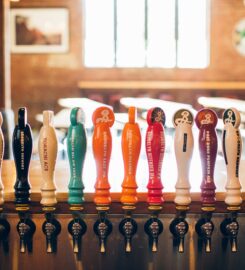 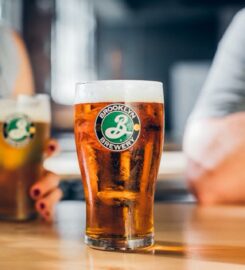 Like our namesake borough, The Brooklyn Brewery is made up of a rich collection of characters from all over the world. In our Williamsburg home, these characters are dedicated to brewing and selling great beer and enriching the communities we serve. Together, these Brooklynites have assembled the skills needed to transform a home brewing hobby into an independent brewery with a brand that has become an international beacon for good beer.

Among our team is Garrett Oliver, a prolific author and James Beard Award-winning brewmaster, and cofounder Steve Hindy, author and beer industry commentator. It’s more than just a collection of relevant résumés. That dapper brewmaster of ours is also a talented chef with an impressive collection of swords and pop culture witticisms, each sharper than the next. Our CEO first honed his sales skills selling metal mixtapes in Cairo as a teenager. Our Warehouse & Logistics Manager closes his computer each day to go play in a Ween cover band. Our brewing and packaging teams include people who speak English, Arabic, Urdu, Spanish, Mandingo and French; all of them line up during early morning shifts to buy tamales from the back of Maria’s bicycle when she stops in front of the loading dock. We have musicians, actors, writers, crossword enthusiasts, directors, athletes, home chefs and scientists that converge in Williamsburg every day to work on one thing: making Brooklyn Brewery beer delicious, adventurous and available to all.

Starting with our flagship Brooklyn Lager, the portfolio of Brooklyn Brewery has grown to a wide-ranging collection of beers, always keeping an eye to traditional brewing techniques, even as Brewmaster Garrett Oliver and his team seek to push the boundaries of beer. It’s now easy to find a smooth Brooklyn Lager, hoppy Defender IPA, tart Bel Air Sour or roasty Brown Ale in your favorite watering holes. East IPA, Sorachi Ace and Pilsner are standing by on shelves near you, ready to be taken to parties, barbecues or your favorite chair. Each season brings beloved seasonals like Brooklyn Summer Ale and Brooklyn Black Chocolate Stout back to the shelves and taps, ushering in the joys of the changing weather. Big bottles of Local 1 and releases from our barrel-aged lineup are no strangers to restaurants and home-cooked meals alike. Push a little closer to the fringes and you may find yourself enjoying an extremely limited release at a handful of bars, encountering a Ghost Bottle released from our barrel aging facility or stumbling upon a Tasting Room-only release fresh from the tanks or the Worshipful Company of Brewers series. Attend one of our beer dinners or special events and there’s honestly no telling what might come in your next glass, but you can count on it being delicious.

Brooklyn Brewery has been a proud supporter of the arts, music and community efforts since our founding in 1988. Right from the start, co-founder Steve Hindy skipped traditional advertising in favor of donating beer to small theaters, art galleries, performers, museums, advocacy groups and more, helping to make their work and events something special while introducing our beer to people in an exciting place. The Brooklyn Academy of Music, Brooklyn Museum, Transportation Alternatives, Open Space Alliance, Edible Schoolyard, Brooklyn Historical Society, the Museum of Food and Drink (MOFAD), and many other groups have received support from The Brooklyn Brewery. We’ve been a part of art openings, album releases, small business launch parties, fundraisers, galas, community awards and plenty of other unique events. Over the years we’ve built strong ties that run through many different cultures and communities. For information on collaborating with Brooklyn Brewery for your next event, click here.

If you’re planning a trip to New York City, make sure The Brooklyn Brewery is a stop on your schedule. Come down for a beer in our Tasting Room, hang out with our staff, attend an event (or find one near you), take a tour, and have a look around where some of the world’s best beer is brewed.