The one day a year all pet lovers look forward to, Take Your Pet To Work Day. The are many pet friendly hotels, restaurants, and overall businesses, but why are offices still hesitant to allow pets in the workplace. We think we know the answer…because NOBODY would actually get any work done! Do you agree? We will all be distracted playing with the dogs. Well, once you get use to having them around, you learn how to work with their company, and you feel less anxious to run home to be with them.

7,000 dogs visit Amazon for national Take Your Dog to Work Day—but it’s just another day at the office

Today is the 21st annual Take Your Dog to Work Day — but at Amazon, it’s just another day at the office.

The retail giant announced that more than 7,000 dogs are registered to come to work at its Seattle headquarters today. That’s up from 6,000 a year ago, the Los Angeles Times reported.

The tradition of bringing a four-legged companion to Amazon’s offices began in 1998 with a couple who brought their Welsh corgi, Rufus. Thanks to Rufus’ popularity, Amazon boasts today that every day is “take your dog to work day. ” With a campus footprint of 13.6 million square feet – the equivalent of five Empire State Buildings – there’s more than enough room for everyone, and their pet.

Amazon employees tend to their dogs in a canine play area near three large, glass-covered domes as part of an expansion of the Amazon.com campus in Seattle.
Elaine Thompson | AP

An Amazon spokesperson tells CNBC Make It that the company’s campus amenities include dog parks, dog parking spaces (equipped with inactive parking meters for tethering leashes), as well as dog-friendly water fountains, conveniently located next to the human-sized water fountains.

Though Take Your Dog to Work Day tends to be the day each year when the largest number of canine colleagues visit the campus, an average of about 800 dogs come to work at Amazon every day. According to an Amazon spokesperson, the most popular dog breeds are French Bulldog, Chihuahua and the Goldendoodle, and Charlie, Lucy, Bella, Luna, and Bailey are the most common names.

Amazonians love their canine companions so much that they created a @dogsofamazon Instagram account as well as pet-inspired campus art, including a mural of owners and dogs who look alike.

Perhaps Amazon’s dog obsession is a result of where the company is headquartered – Seattle has more canines than children living within its limits and Rover, an online platform for finding dog walkers and pet sitters, recently named Seattle No. 1 in a ranking of the nation’s most dog-friendly cities.

“Having dogs in our workplace is an amazing treat,” writes Lara Hirschfield, Amazon “Woof Pack” manager, on the company’s blog. “They make employees smile, and we’re proud this is such a uniquely Amazonian tradition – it’s truly ingrained in our company and culture.”

If you need a little help convincing your human resources department to make your office pet friendly or at least have one day a year or a month were you can bring your pet. Send us an email, and we’ll take care of it: info@petfriendlyofficial.com
Google is also pet friendly and their employees who are dog lovers are called #Dooglers 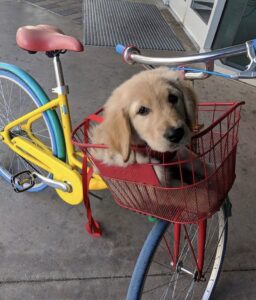 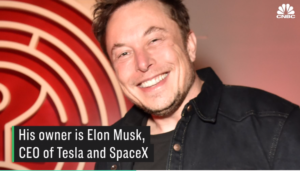