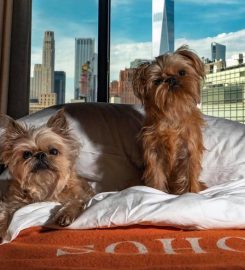 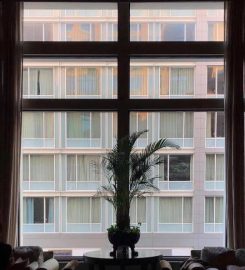 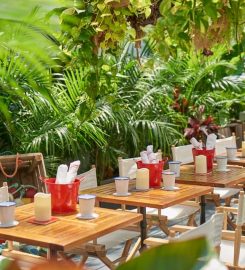 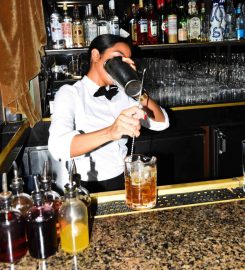 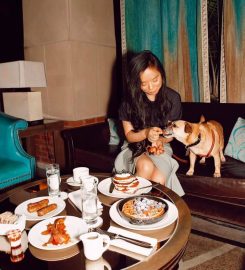 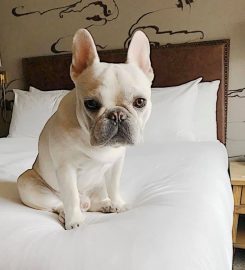 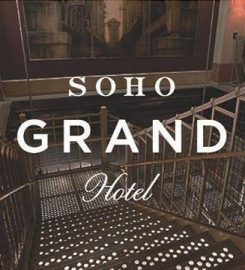 Be the first to review
TodayOpen Now~
Expand

Located in stylish SoHo New York, the Soho Grand Hotel is one of the most sought-after boutique hotels New York City has to offer. The Soho hotel, among the finest of New York luxury hotels, is located near all major Manhattan tourist attractions.
The Soho Grand Hotel is famous for establishing itself as Manhattan’s first luxury downtown boutique hotel. Opened on August 4, 1996, The Soho Grand is located in the heart of SoHo, alongside world renowned art galleries, boutiques and restaurants.

Undeterred that downtown’s SoHo district had been devoid of hotels for over a century, owners Leonard and Emanuel Stern, of Hartz Mountain Industries, developed their pioneering vision in, what is now, the city’s most sought after neighborhood. The result quickly became one of the world’s most celebrated boutique hotels and Soho Grand continues to be an integral part of the neighborhood’s fabric, home to savvy locals and sophisticated travelers alike.

The Soho Grand’s unfailing ability to balance service and style has been the key to its success and continuously sets the highest standard amongst hotels of its kind. The hotel continues to receive accolades from both national and international publications; from Conde Nast Traveler’s coveted ‘Gold List’ as one of the world’s best places to stay and being voted one of the top 100 places to stay worldwide. New York magazine cited the Soho Grand as the “top boutique hotel without attitude.” Interior designer Nate Berkus, nationally featured Soho Grand as one of his favorite places to stay on Oprah’s ‘Best Of’ show.

Parallel to its innovative vision is the Soho Grand’s leadership in design; Helpern Architects constructed the hotel’s intentionally nondescript exterior and is a reflection of the evolution of SoHo’s architectural heritage over the past 125 years. Celebrated interior designer Bill Sofield, of Studio Sofield, has collaborated with the hotel from its inception and the interior mirrors the stylistic trends visible in the neighborhood today. All of the materials used in construction are consistent with the existing character of the community and continues to elevate and embody the classic SoHo aesthetic. With the recent introduction of the Club Room, and new custom suites on the 16th floor, the Soho Grand succeeds in updating its offerings in a way that exudes luxury yet stays true to the hotel’s core aesthetic.

Soho Grand has 353 custom hotel rooms and Suites and 2 sprawling Penthouse Lofts that reflect the history and character of the neighborhood. The Hotel stands 17-stories offering stunning views of downtown Manhattan.

The beautifully designed guestrooms and suites feature custom furnishings and high end fixtures, Egyptian cotton linen, Frette bathrobes. Bath amenities are from New York’s original apothecary, Kiehl’s Since 1851. Having been the first hotel to use their renowned products, the Soho Grand is proud to revisit the heritage brand this fall. Each room is equipped with flat-screen plasma televisions and iPod dock and speakers. Original artwork is provided by the Howard Greenberg Gallery. Suites are equipped with 21-inch iMacs and an iPad pre-loaded with the Hotel’s carefully curated downtown Neighborhood Guide.

Design:
For Bill Sofield, who has collaborated with the Hotel from its inception, the Soho Grand incorporates distinct architectural materials and styles that celebrate the two great moments of SoHo’s history; the grandeur of the 1870’s Gilded Age and the luxurious artistry of the 1970’s. The design mirrors the sophisticated, art-forward nature of the neighborhood surrounding it. Sofield created the clean, romantically eclectic spaces with one eye on the street and the other in the heavens, using such historic neighborhood materials as the glass-bottle staircase, the intricate cast-iron detailing, and the majestic masonry columns—all of which create a seamless leap from the streets outside to the finest New York City accommodations inside. Artistry and workmanship is celebrated with hand painted elevator doors, the stunning hand painted silver leaf ceiling in the Salon above the magnificent twin ornamental blackened steel birdcages, and the extraordinary conte drawing over the Grand Stair.

Soho Grand’s guestrooms and suites take cue from the public spaces and feature original furnishings and high end fixtures. Sofield employed rich materials and textures in palettes of chocolate, champagne, and taupe. An appreciation for artistry is visible in the selection of artwork, of custom and vintage pieces, the wire-glass mirror, and the bathroom’s playful wall covering designed by famed New Yorker illustrator, Saul Steinberg.

SoHo, an acronym for South of Houston Street, is the chic district bordered by Houston Street on its north, Canal Street on its south, Broadway on the east, and the Hudson River on the west. SoHo New York conjures glamour, youth, luxury, shopping, and enterprise, all in one short name.

Before the downtown Manhattan neighborhood became an art and shopping mecca, SoHo history reveals the area started as a residential neighborhood. During the 1800s, it transformed into a commercial center that housed such institutions as Lord & Taylor and Tiffany & Co, boasting the neighborhood’s now famous cast-iron warehouse buildings and romantic cobblestone streets. By the time the 1930s arrived with a plan to run the Lower Manhattan Expressway through it, SoHo had become run-down and near-deserted.

Before many more years had passed, however, New York’s artists sought a refuge from the routine of uptown. In the sprawling SoHo loft spaces of the late ‘60s, artists as diverse as Chuck Close, Frank Stella, and Richard Serra started vital bohemian art movements—and subsequently revived the neighborhood. Like it still does today, art poured through the SoHo streets. Buyers, trendsetters, and intellectuals again flocked to the once-forgotten neighborhood. And where artists go, fashion follows.

Soho Grand Hotel History:
In the 1990s, the neighborhood became a glamour capital replete with chic New York shopping, downtown New York restaurants, spas, and art galleries. Today Cipriani, Prada, Chanel, Yohji Yamamoto, Bloomingdales’s SoHo, and Apple’s flagship store are among the many that fill the storefronts along Mercer Street, Greene Street, Spring Street, Prince Street, and West Broadway. SoHo has become one of the most exclusive and sought-after areas in New York City, and the Soho Grand was the first hotel to bring a New York boutique hotel experience to the neighborhood.